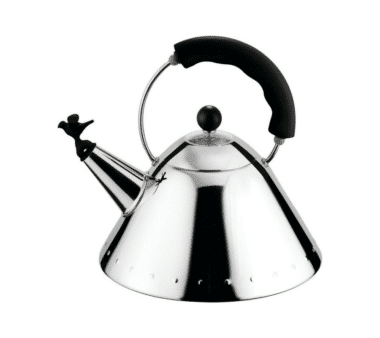 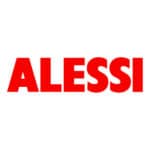 Kettle with handle and small bird-shaped whistle in PA, black. Magnetic stainless steel heat diffusing bottom. This celebrated kettle with the bird that sings when the water has boiled has been a great success since it was introduced in 1985. For Alessi it represents a meeting of great design and mass production methods, a combination that Michael Graves worked hard to achieve, applying his personal visual code which fused influences from Art Deco to Pop Art and even the language of cartoons. This object appeared in the movies: Mr. Crocodile Dundee (Crocodile Dundee, P.Faiman, 1986), Ghost (Ghost, J.Zucker, 1990), Alice (Alice, W.Allen, 1990), Amatemi (Amatemi, R. De Maria, 2005) and Per una notte d’amore (Per una notte d’amore, V. Sindoni, 2008).

There are no reviews yet.